Delhi is the capital of India, political and financial center of the “biggest democracy of the world”. It’s a city which is not very often appreciated by travelers, who visit Delhi just for a couple of days and then leave, giving them time to see only what’s most obvious: poverty, traffic, filth and confusion. Delhi it’s also these things: it’s a chaotic city and full of social, urban and environmental issues, just like most metropolis of the modern world. It’s a city where finding beauty takes a greater effort than elsewhere, but the challenge is well rewarded, and it will be our duty to help you out with this quest.

In the course of its long history, the land on which Delhi stands today has been previously occupied by seven cities – capitals of the Hindu, Muslim and foreign empires which have ruled on this part of the world. These seven cities were built on the ruins of other cities, and they all followed the same destiny: they reached their peak and then they were pillaged and destroyed by the next horde of invaders. The history of Delhi has the same cyclic quality which the Hindu attribute to time: creation, expansion, decline and destruction all repeated themselves across the centuries, maybe functioning like a small scale model for what happens to the universe according to Hindu texts. Delhi, today, is like the land at the feet of a volcano; it’s a stratification of stories, one on top of the other, of monuments, victories and defeats, of ancient traditions, palaces and ruins slowly claimed by the jungle and by the passing of time. 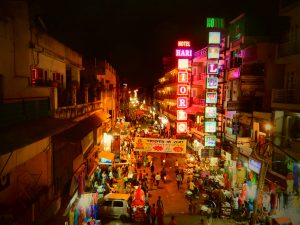 One of the greatest pleasures for the traveler who visits Delhi is to search the narrow lanes of the Old City, the slums, the parks and boulevards for these witnesses of the city’s history. This way many things are found: Sufi shrines from the 13th century, mosques from the Mughal period which are still used despite a crumbled roof, workshops of artisans and traditional healers, haveli converted into cheap taverns, a citadel infested with jinns (kind of ghosts) and much more.

Delhi is also a city where life can be sweet, where one can splurge in the luxury of five stars hotels and fancy restaurants, or just savor simpler pleasures; those who come for a few rupees, but also for free, like watching the sunset from a rooftop, sipping a chai while listening to the voices of muezzins all around and follow the kites flied by the kids in the evening sky, taste the street food, shop in his bazaars and listen to Sufi music while seated on the marble floor of a shrine late at night. 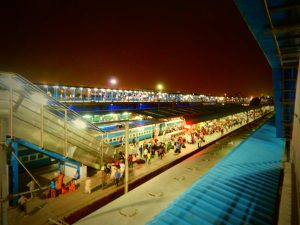 Here below is a description of some places we will be visiting:

Macigians Ghetto: it’s a slum of coloured brick houses and shacks in the eastern part of Delhi, where a community of illusionists, street performers and musicians live. The survival of this historical place – also featured in Salman Rushdie’s “Midnight Children” – is today threatened by some private investors who want to demolish the slum and build a real estate.

Firoz Shah Kotla Fort: a beautiful and green park where you can find the ruins of a citadel built in the 13th century by the Emperor Firoz Shah Tughlaq. The most impressive of these ruins is the Jami Masjid: an imposing mosque made of stone, which is still used despite having no roof any longer. In the underground of the mosque there are dark corridors and cavities, where – according to local people’s beliefs – a population of invisible otherworldly entities live (the jinns). These entities, populating the dark underground of the mosque, silently listen to people’s prayers and grant their wishes. 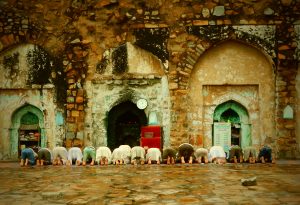 Nizamuddin Dargah: it’s the shrine of Hazrat Nizamuddin Aulya, one of the most important Sufi saints of India and the world: Sufism is the mystical branch of Islam, whose practitioners strive to obtain the mystical union with God through different paths and practices, such as extreme forms of meditation (like that of the whirling dervishes), prayers, chanting of mantras, poetry, music, sometimes intoxicants and other esoteric practices. The dargah of Nizamuddin is an extremely fascinating place, very interesting for its historical, artistic, religious and folkloristic value. It is open to everyone, quite literally. Here you can find men and women alike; Hindu, Muslims and Sikhs; Sufi preachers and wandering ascetics, spiritual healers, fakirs, beggars and tourists. On Thursday evening, every week, there’s live Qawwali music in the small marble courtyard of the dargah, right in front of Nizamuddin’s open shrine. People sit cross-legged on the floor and listen to the musicians till the darkest hours of the night.

Old City: the Old City is the ancient walled city built by the Emperor Shah Jahan in the 17th century, when he decided to move the capital of the Mughal empire from Agra to Delhi. In the Old City are found some of the most impressive monuments of Delhi and India, such as the Jama Masjid and the Red Fort, but also several Hindu and Jain temples of great importance, street food alleys, a Sikh gurudwara, a hospital for birds, bazaars of spices and textiles, small eateries and artisans shops. 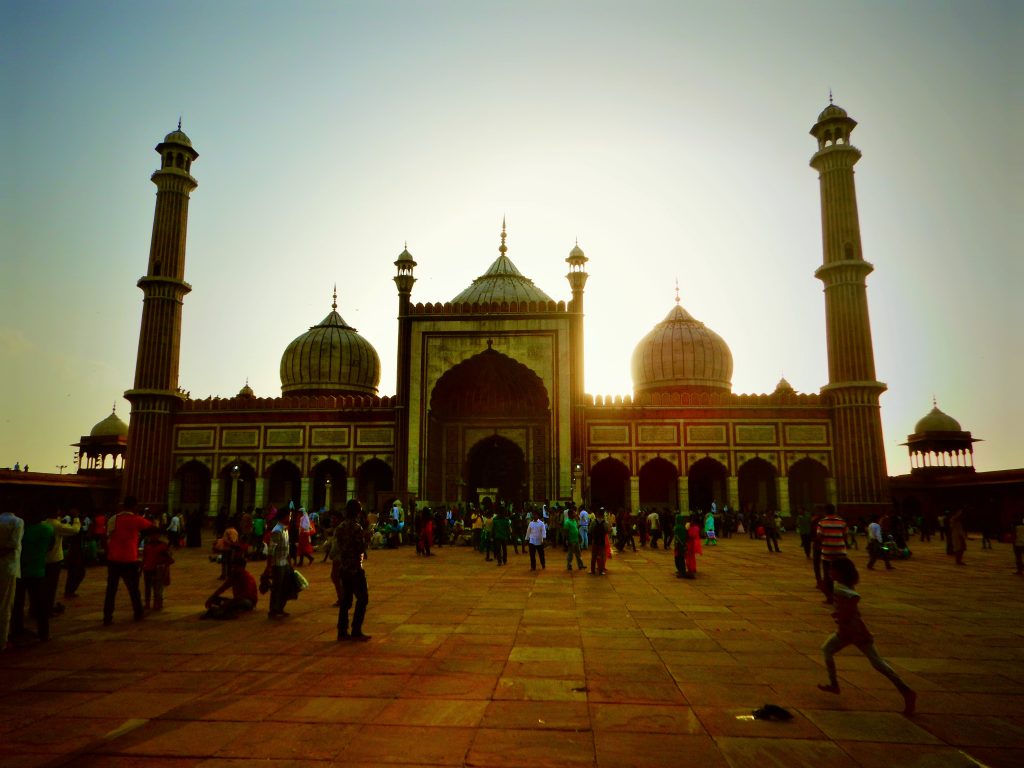 Majnu Ka Tilla: it’s a neighborhood in the north of Delhi, where a small community of Tibetan refugees live. These people moved here after escaping the Chinese persecution in their home land of Tibet and received political asylum from India. This neighborhood has Buddhist temples and monasteries, Tibetan restaurants, meditation classes and coffee houses, and on top of every building the prayer flags flutter in the wind.

Other places we will visit together are: the ghats on the Yamuna river, the backpacker’s ghetto of Paharganj, the dargah (Sufi shrine) of Qutbuddin, the second-hand book market of Daryaganj and the archeological park of Mehrauli.